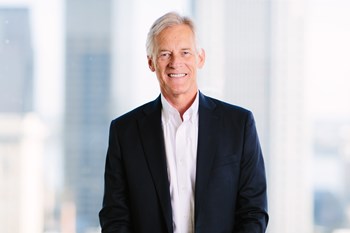 Jon is a 30-year veteran of the commercial real estate industry. He founded Fortis Group in Louisville in 2001, applying his broad experience to the formation of one of the premier full-service real estate firms in Kentucky. The firm joined the NAI Global worldwide network in late 2012. Consistently ranked among the largest commercial property management and leasing firms in Louisville, NAI Fortis Group has also earned a reputation as a very effective tenant representation broker. The firm has also been active in the development and construction of industrial and retail properties in the Louisville area.

Prior to forming Fortis Group, Jon enjoyed an 18 year career with Trammell Crow Company, beginning in 1983 in Dallas, Texas. He became a partner in the firm in 1987 and relocated to Memphis, Tennessee in 1988 to serve as development partner for TCC’s Mid-South Region. In 1992, Jon was promoted to City Leader/EVP overseeing TCC’s Ohio/Kentucky region, based in Louisville, managing all development, property management, leasing and brokerage operations in the region. Jon took on the additional role of Chair of the National Property Management Committee in 1996, where he was instrumental in developing and implementing TCC’s national platform in property management, including best practices, standards and training. In 1998, Jon joined the new and fastest growing division of TCC, Trammell Crow Corporate Services, the real estate outsourcing services provider for Fortune 500 companies. From 1998 to 2001, he served as Senior Managing Director, overseeing the Midwest Region and Canada, responsible for all services provided to major clients including American Express, IBM Canada, Comerica, Key Bank, UnitedHealth Group, Baxter Healthcare and Volkswagen/Audi.

During his career, Jon has participated and had leadership positions in numerous industry organizations including ICSC, NACORE, BOMA, and IREM.

We’ve updated our policies. By continuing to use this website, you agree to the use of cookies and similar tracking technologies described in our Cookie Notice.