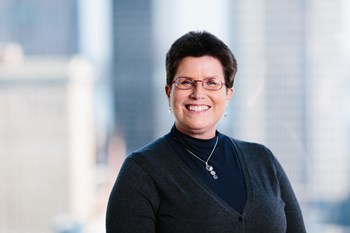 A native of Louisville, Lenisa has over 35 years of real estate experience. She began her career in shopping center management and leasing with the Rouse Company. Lenisa expanded into office building management as Property Director of NTS Development Company, a prominent Louisville-based developer, where her responsibilities included managing a portfolio of suburban office buildings totaling over 400,000sf and office industrial parks totaling over 385,000sf. Lenisa managed a commercial office portfolio for Insignia/ESG of over 300,000sf, and, in 2001, became the Senior Property Manager of Meidinger Tower. Kaden Tower was added to the portfolio in November 2018. Although Lenisa officially joined NAI Fortis Group in 2013, she has been an integral part of the team since 2002 when NAI Fortis Group became the leasing agent for Meidinger Tower.

We’ve updated our policies. By continuing to use this website, you agree to the use of cookies and similar tracking technologies described in our Cookie Notice.